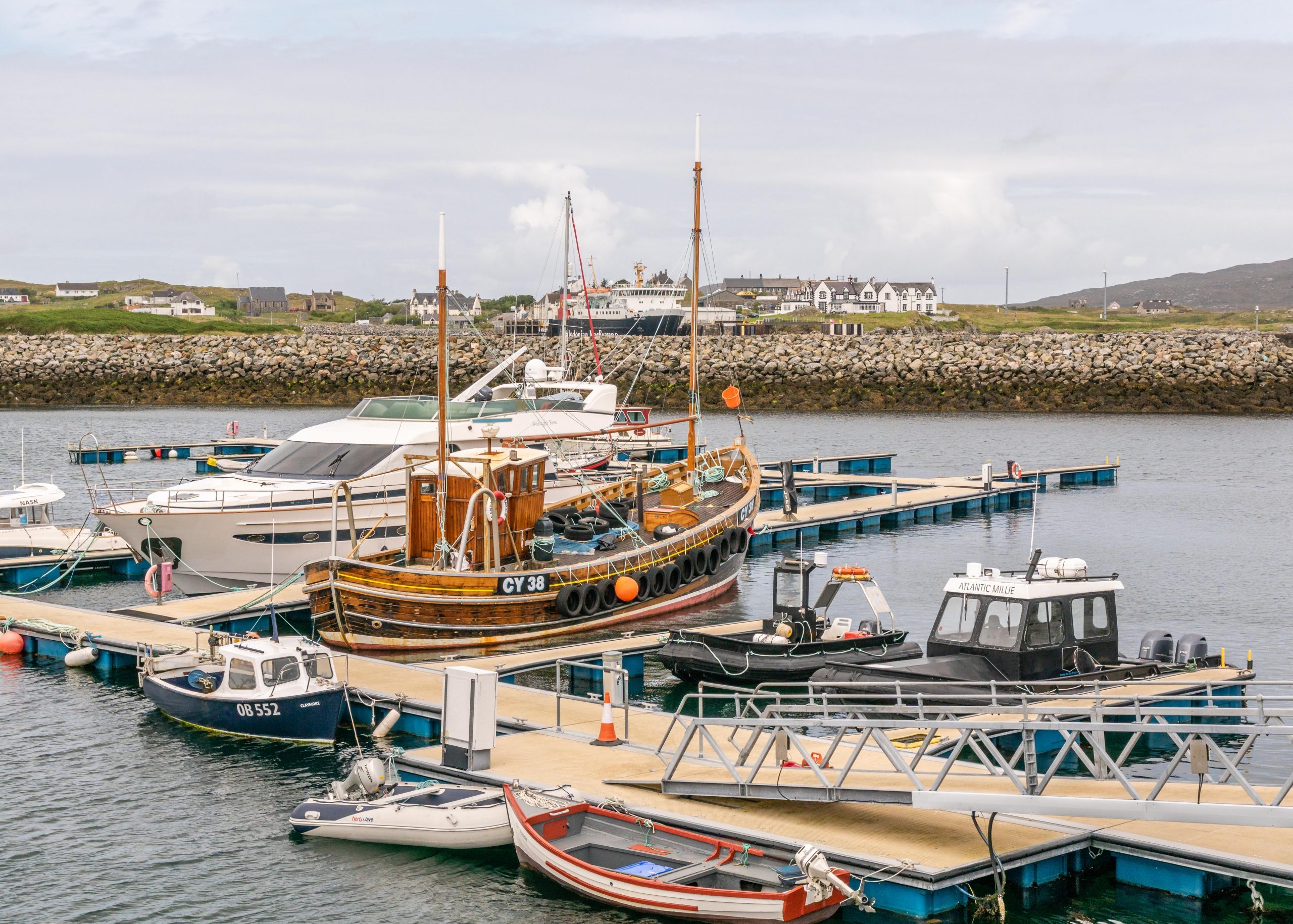 These days Lochboisdale is predominantly known for being the gateway to the islands as the ferry terminal operated by Caledonian MacBrayne is situated in the old harbour.

However, Lochboisdale has an interesting past and bore witness to a very dark chapter in the history of the islands.  On 11th August 1851, following a compulsory public meeting, islanders were forced to board emigration vessels that were waiting at Lochboisdale where they were transported to Canada against their will.  It is believed that up to 3,000 islanders were sent to Canada all because the estate owner was not getting sufficient returns on his investment.  These brutal clearances were ordered by estate owner of the time, Colonel John Gordon of Cluny, the feared Scotsman of Cluny Castle, Aberdeenshire.

Happier times did come for Lochboisdale in the late 1800s as it prospered into an important fishing port following a herring boom which resulted in further development including a steamer pier in 1880.  The steamers served several routes but importantly they connected North and South Uist at a time when land travel between the islands was still difficult.

Also during this period, the Lochboisdale Hotel was commissioned at the request of Lady Gordon Cathcart (the estate owner following the death of Colonel John Gordon of Cluny) who was keen to establish a fishing hotel.  The hotel is still in operation today and miraculously has the daily catch records and guest books dating back to the very first guests in 1882.

You can find out more about which cookies we are using or switch them off in settings.

This website uses cookies so that we can provide you with the best user experience possible. Cookie information is stored in your browser and performs functions such as recognising you when you return to our website and helping our team to understand which sections of the website you find most interesting and useful.